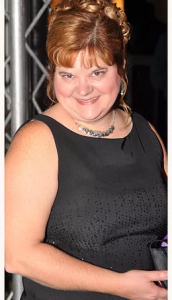 Seven years ago, Wanda’s late husband of 27 years, was the guiding force that encouraged her to take the leap of faith and leave her job in the accounting field to pursue her love of becoming a travel agent full time. Terry was her rock! He was willing to get a second job if that’s what was necessary to enable Wanda to follow her dream and her passion!

As a kid, Wanda was afraid to fly, but she loved to travel! Her parents owned a camper, so they would take-off almost every weekend to go camping or just traveling all over the US. After High School, Wanda began managing a chain of video stores. With a strong desire to get into the accounting field, Wanda took classes at a local college and after graduating, she took a job at a small construction company. It was there that she stayed for 11 years as their office manager, until she had some surgery that forced her to cut her hours at work. Wanda and her husband had been taking cruises each year with several of their friends since 1995, so she began exploring the possibility of selling cruises from home to clients. She researched this possibility online and spoke to a local travel agency. From that point things happened quickly! She had surgery in October 2004, signed up for an online travel course and in January of 2005 she opened All Seasons Vacations!

With a new business and without really having an idea of what she was doing, Wanda was anxious to learn everything that she could about the travel industry. She did a lot of research on her own and she asked a ton of questions. She said that she did a lot of apologizing along the way. Saying “I’m sorry, but I’m new at this” became a very common phrase. In the beginning, since it was familiar, Wanda sold only cruises, but shortly thereafter, she realized that that was going to have to change. It was only after she attended the OSSN Home-Based Agent Forum that Wanda was introduced to Sandals Resorts at the tradeshow. Not long after, Wanda was invited to attend a Fam Trip that was going to visit Sandals Antigua and the three Sandals resorts on the island of St. Lucia. Once she stepped on to the resort, Wanda was completely sold! She knew that this was going to be her niche! Rather than continue to try to sell everything, Wanda knew that she would have to specialize. Destination weddings and honeymoons, which lead to group business, was calling her name!

Knowledge is power, so Wanda attends a Certified Sandals Specialist (CSS) Workshop every year to stay informed about the ever changing and improving product. She knows that marketing herself is the key to success! Each day before she left her house, she would put five business cards in her pocket and would not go home until they were all gone. She ordered brochures and went out every week and she would distribute them to every place that would take them. She dropped them off at hair salons, banks, doctor’s offices, restaurants and car dealerships! Getting involved with social media is an absolute necessity. Wanda believes that seeing the resorts and being very familiar with each of them is very important and it earns her credibility.

Needless to say, in the years following her childhood, she’s no longer afraid to fly! Wanda is very active on Facebook and she posts all of her pictures when she returns from her trips to Sandals and Beaches. She doesn’t want to keep her knowledge of the resorts a secret and she credits her success to being very familiar with the resorts and telling her followers all about them! She’s very determined to make her business work!

In June of 2007, Wanda got a Sandals wrapped car. She had no idea what impact this was going to have, but several months after getting her car wrapped, as she was coming out of Sam’s Club, she saw a woman near her car writing down her phone number. It was then that she knew that the car was going to do something! That woman ended up booking two Butler category rooms with her at Beaches Negril! Wanda drives her Sandals car everywhere! Last September she participated in a street craft show in her small town. They shut the streets down and there she was, in two parking spots, one for her car and the other for her booth! Wanda got two bookings at that show. Wanda says that “the car will drive business to you, but you have to DRIVE IT! A few times when the weather is awful and it’s snowing,

Wanda’s been asked by people if they could take a picture in front of her colorful and tropical car. She said “sure” and she hands them a brochure along with her business card! The car has even been in a parade! Wanda smiles when she says that she’s now known locally as the “Sandals Lady”.

Wanda feels that the support that she receives from Sandals Resorts is second to no one! Last year she traveled to the Turks & Caicos Islands and attended the Sandals Weddingmoon Specialist training there. The information that was shared with the attendees was amazing! The workshop lit a fire under her and made her want to sell more when she got back home. She contacted the businesses in her local area that were in the bridal industry. There were about fifteen of these venders that all came together to help each other out! Through that networking she’s been able to include her business cards and brochures in all of their packets that they hand out to brides. Wanda feels that if you want to be successful you have to get out from behind your desk and get out there, everywhere! Don’t be afraid to ask. The worst that you can be told in NO!

Wanda’s been participating in bridal shows almost from the beginning. She averages about five-six shows per year and each one has been followed up with a Caribbean Night. With the help of her local Business Development Manager, who is there to do a presentation, she has almost a 100% closing ratio! This year, she’s looking forward to participating in first Golf show!

In April of 2011, just after returning from Sandals Negril where she and her husband Terry re-tied the knot for their 25th Wedding Anniversary, Terry discovered a bump on his left arm. It was only 16 months later that Terry would lose his battle with cancer. While Terry was sick, and the invitation to attend the 2012 Star Awards came in the mail, Wanda quickly tossed the invitation aside. With her husband’s medical condition so serious, there is no way that she could think about attending, but Terry found it! He told her that she needed to go! After some debate, Wanda decided to fly to Jamaica the day before the awards and she flew home immediately after. One week before Terry passed away, he made Wanda promise him two things… First that she would keep her business and not give up until she earned the Chairman’s Royal Club (CRC) award and second, that she would meet a good Christian man and remarry someday. Just three years later, Wanda has kept both of the promises that she made to Terry. This year Wanda has earned entrance into the elite and prestigious group of agents that make up the Chairman’s Royal Club and she has remarried.

This December following Star Awards, Wanda and her second husband Alvin, had the privilege of extending their stay in Jamaica for two weeks. A few of these nights were spent at Sandals Royal Caribbean and it was there that they celebrated Alvin’s 40th Birthday. When the couple arrived on the resort, they were met by both the General Manager and their Butler. That evening, a special birthday celebration dinner was given to them in their suite. The table was set, the lights were dimmed.

After dinner their Butler returned with a special cake and sang Happy Birthday. To close out the evening, a bubble bath had been drawn by their Butler, which included rose petals and candles. Alvin enjoyed an amazing Birthday!

Wanda is very supportive of the Sandals Foundations efforts in the Caribbean. Also, in December after the Star Awards, the couple stayed for a few nights at Sandals Whitehouse. One morning they had coffee and pastry with the resort’s Sales Manager Jeffrey Burke. During their conversation with Jeffrey, Wanda mentioned that she would have loved to spend some time and enjoy Christmas with the local children. He immediately stood up, picked up his phone and excused himself. When he returned, he told Wanda and Alvin that they had to be in the lobby at 9:00am the next morning, but that there was one requirement. They would have to be Santa’s helpers and both wear Santa hats. The next morning, the bus was loaded with toys, cake and ice cream for the kids. When they arrived at the school and all 140 children were singing Christmas songs. With just the sight of these three to five-year-old children, a knot developed in Wanda’s throat that she can’t describe! Through this trip Wanda has become more familiar with the Sandals Foundation and what they do for the community. This was definitely the highlight of their trip! Because of this experience Wanda immediately joined the “Travel Agent Give-Back” program (TAG) and she now tells all of her clients about the “Reading Road Trips” that are available. Wanda is currently working with the Sandals Foundation and including a volunteer day at the school for her group. 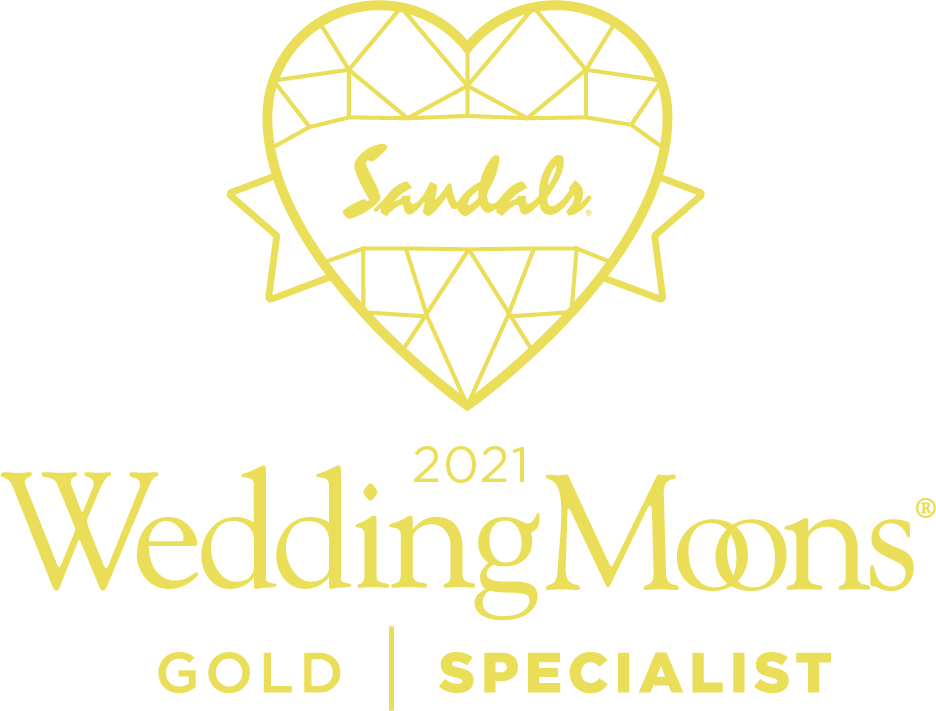 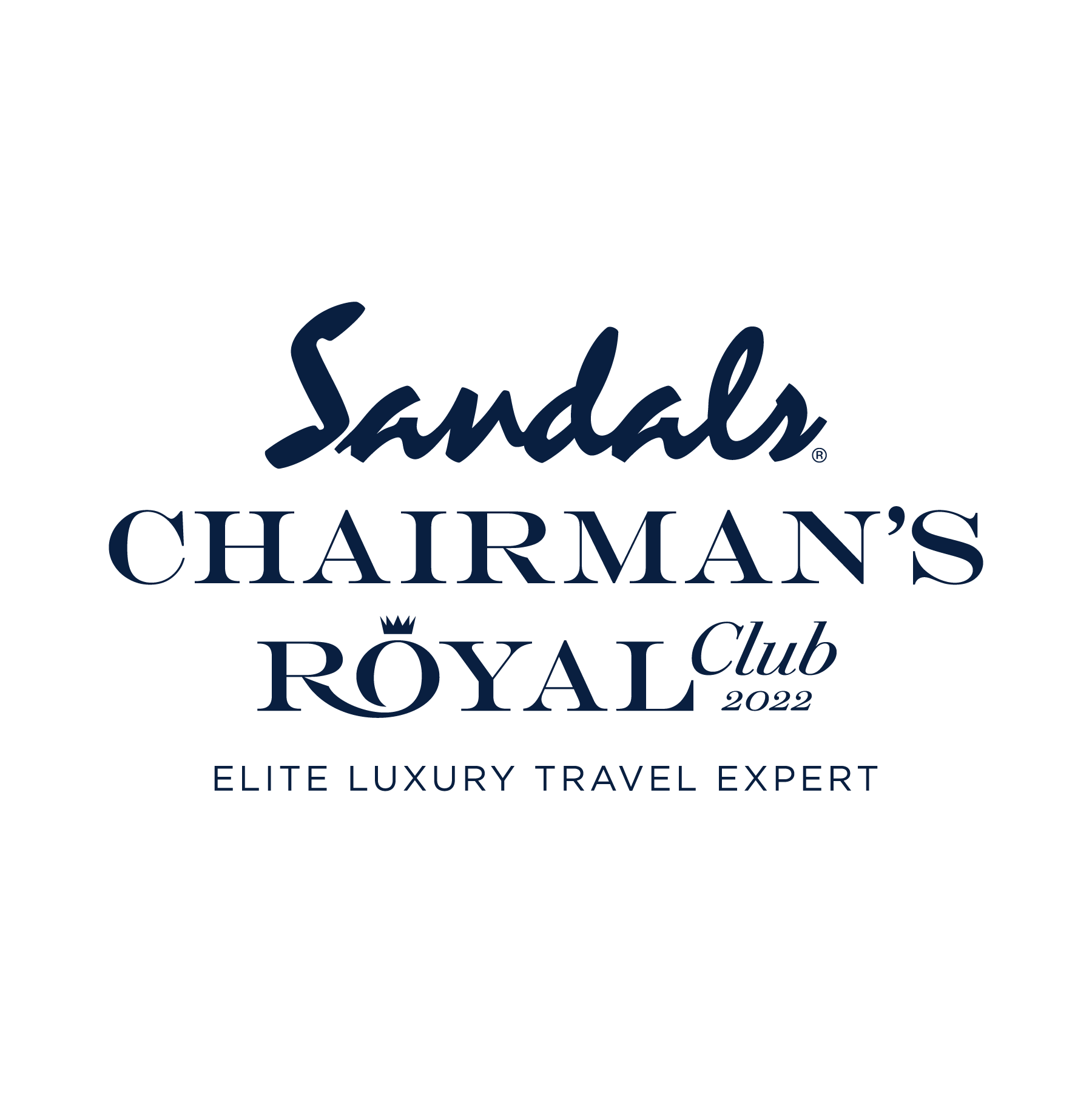